After leaving work I went just a couple blocks down the street to the Giant Eagle to get some beverages. I walked into the beverage cooler and felt like I was in heaven. It was so nice and cold. After a day in the heat it felt so good I didn't want to leave. I eventually did decide what I wanted. 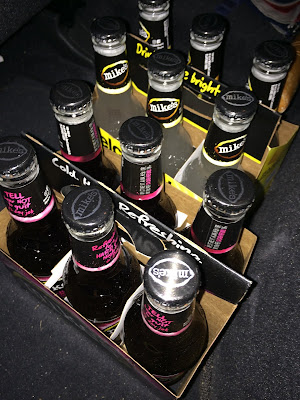 I opened one of the lemonade's when I got home and it tasted so good! I sipped it while I unloaded more rocks. That pink one - it is a big one and is 22" in length! I am going to use it as an accent where I cut down an overgrown Alberta spruce. 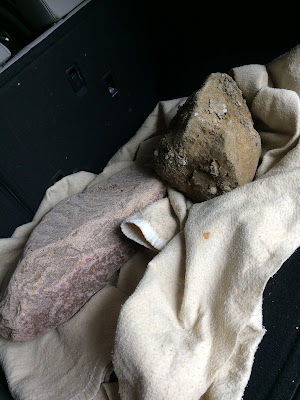 The other rock I found in a dirt pile on the site and had to roll it 30' to get it over to the pile of my other rocks the guys are saving for me. I also picked up six smaller 3 to 6 pound rocks that would work for the shade bed in the back as it is not quite finished because a need a more small rocks. 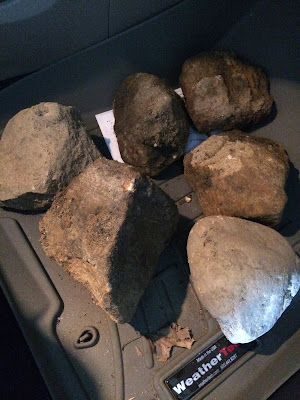 After resting a bit and getting a shower, I sewed more flannel blocks together - 16 last night. That gives me 45 done 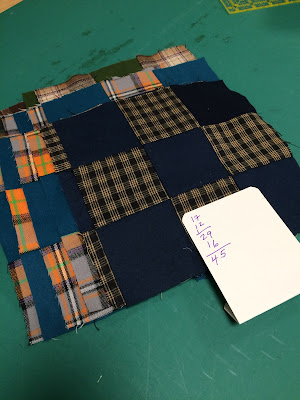 and I still have these to sew together. The blocks finish at 9 1/2". I forgot to measure what I cut the strips at. 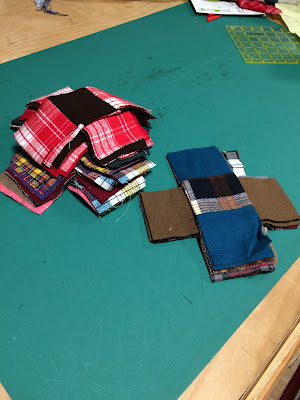 I am looking forward to a three day weekend. I plan on mowing my hayfield other known as my front yard and spending a lot of time sewing. Have a great Labor Day weekend!
Posted by patty a. at Friday, August 31, 2018

With so little rain and high humidity and heat the grass didn't grow much but the crabgrass and weeds did. My neighbor mowed his yard yesterday and he could have called it a hayfield. The weeds were the tallest of course.

That pink rock will make a great accent piece!

I like that first photo. And your flannel blocks too; good for autumn sewing.