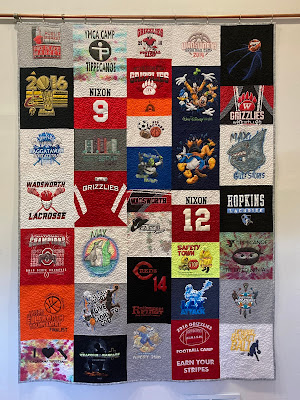 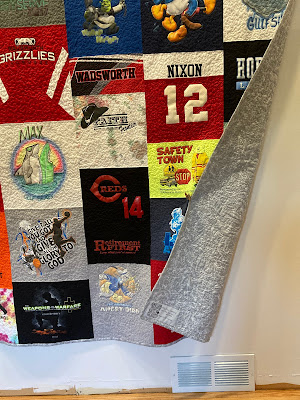 Friday night my nephew's band played. The venue was moved to a different location at the last minute so the crowd wasn't as large, but the crowd we did have was great! Here are pictures from sound check and the show. 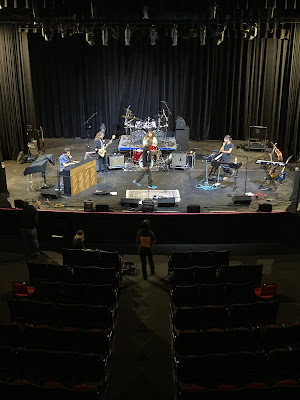 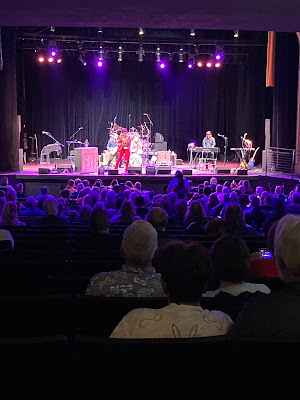 I got to watch most of the show. The merch was located in the lobby. After the show I was busy. 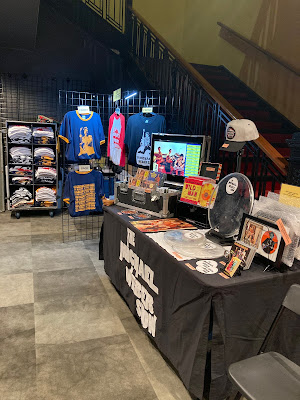 I sewed together six more of those guitar hanger covers and gave them to the fellow. He was helping out loading and unloading the equipment Friday night. 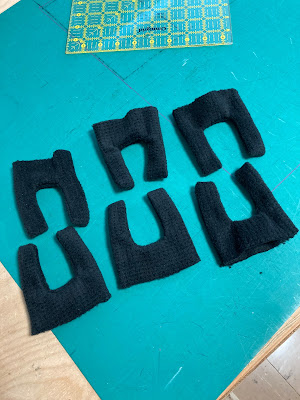 Saturday the band played in Warren, Ohio. It took about an hour and a half to get there. Unfortunately the one fellow who helps out sometimes had to go to a funeral and the other fellow who has helped out with the band for 4 or 5 years quit. He was having too many health issues and just couldn't do it anymore. So that left my brother, SIL, me and the kids in the band to unload and load the trailer and my brother to set up. The drummer did help my brother set the drums up; they were telling me I needed to learn how. Hey, why not!  I was so tired and so busy I forgot to take any pictures. The crowd was big and appreciative! I sold lots of merch and will have to make more tote bags.  I had people coming to the merch booth because they wanted one of the tote bags!  They had seen other people with them.  One lady was going to buy a guitar pick for a dollar so she could get a bag.  At least she ended up buying a CD instead. 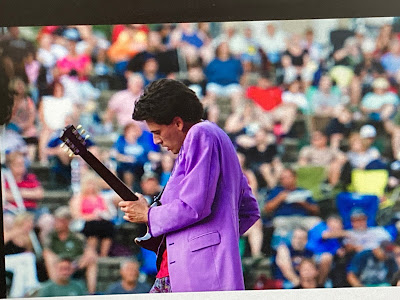 I didn't get to bed until midnight so Sunday I was pretty tired. I worked on the t-shirt quilt most of the weekend when I was home. I also watched the Tour de France as much as I could. My neighbor called me with a sewing emergency Sunday evening about 6. He needed his suitcase fixed as he was getting ready to head out of town on business. 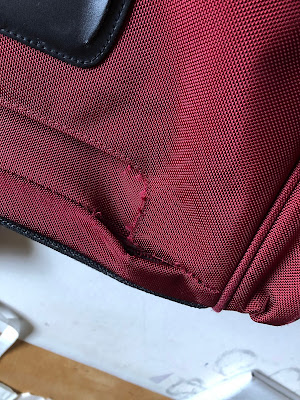 He brought it over and it worked on it. Meanwhile I was so tired I forgot I put rice on the stove to cook. I was stitching away on the suitcase when I smelled this awful smell - THE RICE!!!! I ran upstairs and the house with filling up with smoke. I burnt that rice to a crisp and ruined the pan. Geeze! So I had to turned the A/C on full blast, turn on the vent above the stove, and turned on a fan to try and clear the smoke and smell. I am sure when I get home the house will still smell like burnt rice. I got the suitcase fixed. 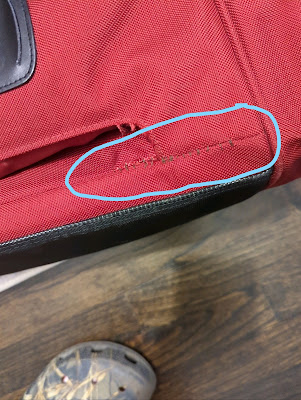 I used two different curved needles and quilting thread to hand stitch it. 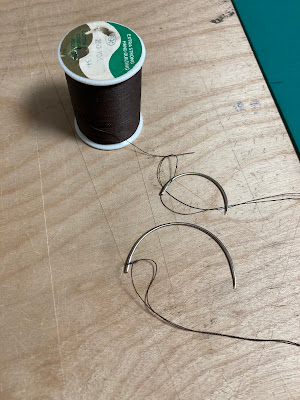 I did take some time to enjoy these two butterflies having lunch on my coneflowers. 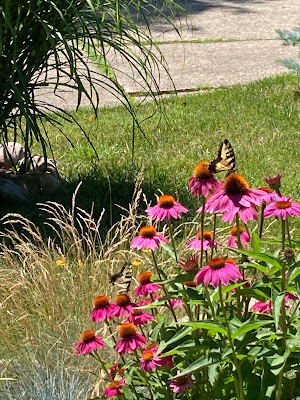 The rodent eradication is going well. Two more traps arrived in the mail Saturday; one was to replace the trap that disappeared. I am now up to 15 chipmunks and 7 mice. I don't enjoy doing away with them, but the damaged they have done has got to stop.  The neighbor I gave two of the mousetraps to finally set them in his garage and has already caught a mouse and a mole.
Posted by patty a. at Monday, July 11, 2022

The t-shirt quilt looks amazing! Wow! Very nicely done with the color of the shirt distribution. Bummer about the burnt rice. Glad the suitcase got fixed. Woohoo on the tote bags being a big hit. Way to rock! Have a great day, Patty. Time to water the garden and flowers again...

Holy cow, you do have a lot of rodents in your neighborhood! Glad you are getting it all under control. The quilt turned out great. I'm sure you are happy to have it done. What an exhausting weekend!

The t-shirt quilt turned out great, and ahead of schedule, double win!
I have forgotten I was cooking something too but luckily no smoke. I had my son buff out the pan that I burnt peas in so I can still use it.

I have seen a few Monarchs on my coneflowers. I'm always happy to see any butterfly.

I figured that some people would buy something just to get a bag.