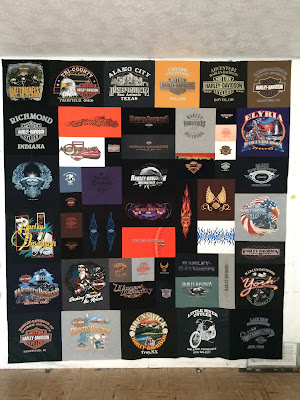 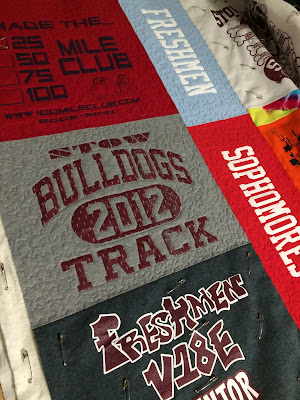 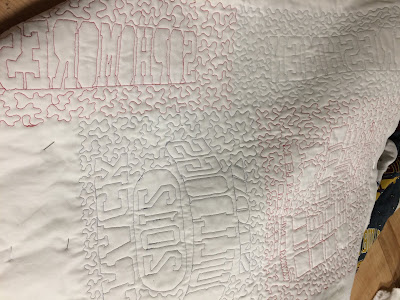 I cleaned out my knife drawer because the knife sharpeners I had ordered arrived. I only needed one, but the deal came with three so I will be gifting the extra ones. I wanted to try the sharpener out to see if it worked as good as they showed it on QVC and it did! This little thing also has another sharpener for scissors so I tried that out and I now have sharp scissors! Yes I used it on my Ginghers and now they are like new. I had one pair Havel scissors that had a bad nick - I accidently cut into a straight pin - and with running the blade thru the sharpener quite a few times, I was able to remove the nick. In the past I have used a sharpening stone, but I could not get the nick removed or get my scissors as sharp as they are now. 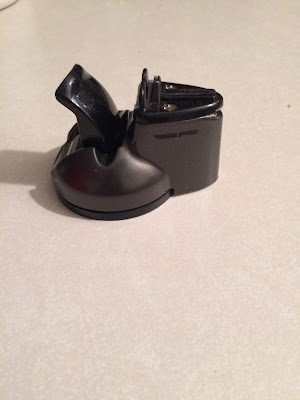 The quilt looks great! Do you have a link for the sharpener? I need to get one.

I like the variety of color and size of pieces in the Harley quilt. It should get a lot of people interested in buying tickets for it.

Glad the sharpener got the nick!

I need to sharpen my scissors but I've cut myself with my knives several times so they much be sharp enough. Ha.