Not a happy camper

I have dealt with my share of contractors over the years, but this flooring guy takes the cake. He does not listen; he just talks. Every time I have a conversation with the man about something, he cuts me off and tells me what I need to do. He talks to me like I don't know what I am talking about and he fiddles with things in the house instead of asking questions. My security light quit working because he fiddled around with light switches instead of asking which one worked what. He brought in a Styrofoam package yesterday that was delivered and stuck it in the house under a heating vent instead leaving it outside or calling me and asking me where I wanted it or just leaving in outside. It was pot stickers I had ordered they needed to stay frozen. I couldn't get to the kitchen to put them in the freezer so I was going to leave them outside. But Noooooooo! He brought the box in and stuck them under a heating vent! I asked him why he didn't call me and how long they had been under the vent. He began to tell me it wasn't an issue and they were packed in dry ice bla, bla, bla ... He is not listening! I am a big girl and can handle my life, how I want to do things, and I don't need him to tell me what to do!!! I didn't need his opinion, I needed him to call me if he was so concerned!!! This kind of stuff has been going on since the minute he walked into the house on Monday. I can't take it anymore.

I hate the floors. I told him to go ahead and just varnish them so I could get him the hell out of my house. He moves stuff around that he has no business moving and leaves dirty paper towels from blowing his nose in my bathroom. I wanted to have a pickled stain applied, but again he argued with me about that. It is sad I am paying all this money for something I am not happy with. He is going to hear about this today and I don't care how many times I have to tell him to shut up I am talking. Here is what the floors look like now. 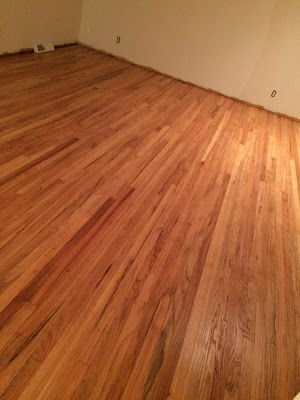 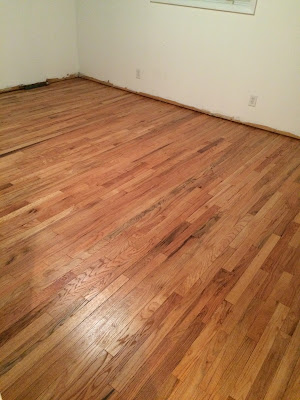 Meanwhile instead of sewing I shoveled. We got 6" and there is no school today so it is nice and quiet here. 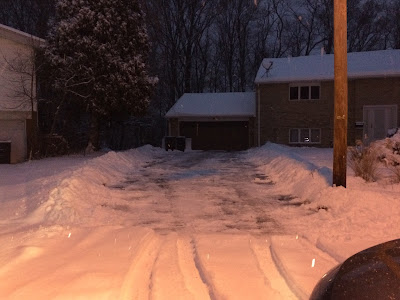 Ugh. What a pain. Was he supposed to do other work for you or is this finally done? .....even though you don't like it. What's next? I'm sorry you are having to deal with this. I hope your back is better!

Sorry you are having such a bad week with everything and then in the end be unhappy with the result. Yes, be firm with what you want. The (?)red oak floors will look wonderful pickled.Hope you have a better day today.

Maybe he needs to be fired and get someone that you will be happy with and does what YOU WANT!

Hugs and hang in there!

And I thought my contractor was bad! We just got wood floors installed and it took our guys forever! I guess that happens when you only work 4-5 hours a day!! I feel your pain and hope that in the end having your floors finished was worth it.