My brother, Mike, called me and asked it I would make a cover for the new sound board and one for a video board to keep the dust off of them for the Silver Swamp Studios. Mike and Michael have been working on remodeling the music studio/rehearsal space for the band. Of course I said yes and got to work last night. One cover is 37" x 41" and the other is 10" x 13". 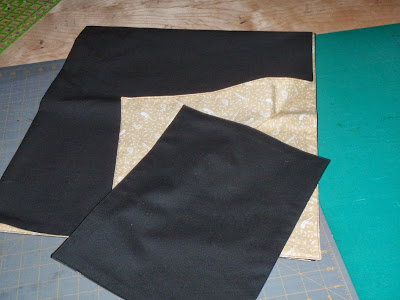 They are having a ribbon cutting party for the new studio in a couple of weeks and I am invited! Mike wanted to take the covers to the embroider to have the band's name put on the covers so he needed them fast. No, I don't do embroidery. The lady that does it has embroidered coats, bags, and other items for the band. Should be a fun gathering.

I also worked a bit on the project I can't talk about while watching ROCKY. I forgot that I watched one more movie over the weekend Zulu Dreams. Guess who the British Army was fighting in this movie? If you guess the Zulu you are right. By the way, the Zulu won.
Posted by patty a. at Tuesday, March 04, 2014