I only managed to get a small amount of sewing done this weekend, but I got some things accomplished. I have the row on the left mostly sewn together and the next row I have trimmed a couple of shirts after I figured out the width I wanted them to be. Now that I have gotten started, this should go quick. 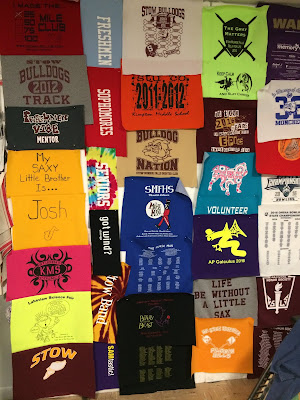 After I got the kitchen cleaned up on Saturday morning, I started cooking. I am making homemade ravioli for Christmas to take to my son's house. I haven't made pasta in quite awhile, but it went fairly smooth! 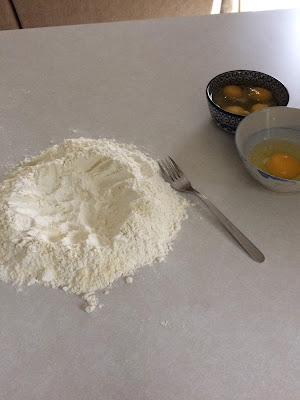 I ended up with 32 cheese and 17 butternut squash raviolis. The ricotta cheese I bought at that Italian store a week ago tasted so much better than the stuff I bought at the grocery store. The ravioli is now frozen and ready to go. 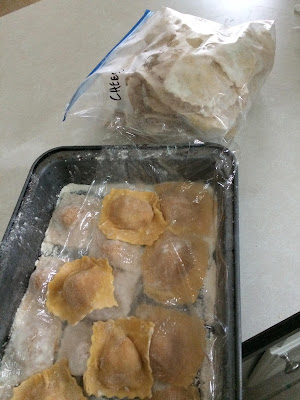 I roasted a big pan vegetables in a little olive oil for meals - zucchini, carrots, broccoli, cauliflower, and yellow squash. 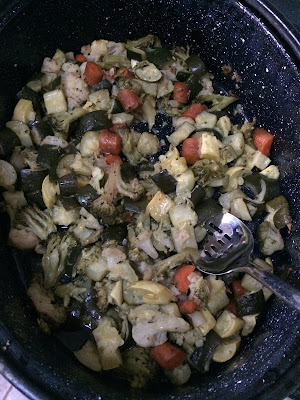 Next I wanted to make sauce. I have some ground chuck for meatballs so I needed sauce. So off I went to find Glenda's recipe. Well, that led me down a path that I hadn't planned on. I figured while I was looking for the recipe, I would clean up and downsize my recipe hoard. I have figured out I am a recipe hoarder. After hours of sorting and organizing, I ended up with almost everything in these folders and a bag of recycling. 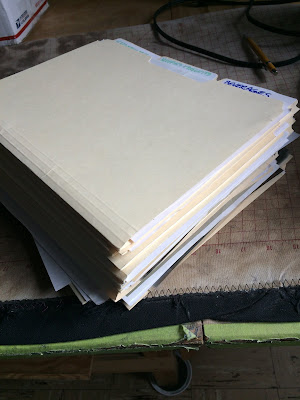 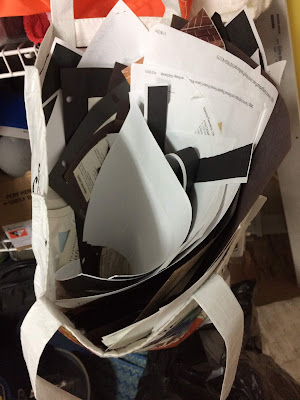 I decided to take it one step further. I found a three ring binder and some index dividers. I punched holes and got mostly everything put in the binder. Now I can find my cookies recipes for baking this upcoming weekend and I found the sauce recipe! I bet I spent at least 6 hours over two days getting this almost done. Yes, I say almost because I ran out of steam and didn't want to deal with the few odds and ends. 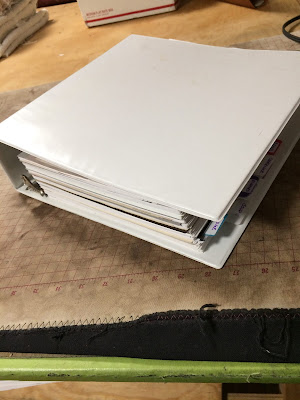 So here is the sauce which I made in the crockpot 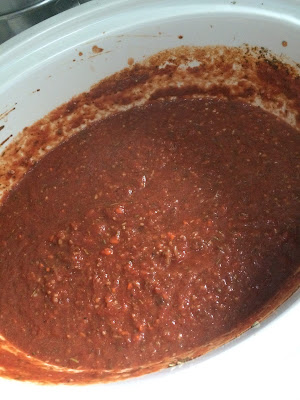 I made a pot of butternut squash soup using the squash I had cooked last week in the crockpot. I had the soup for breakfast this morning and it was tasty! 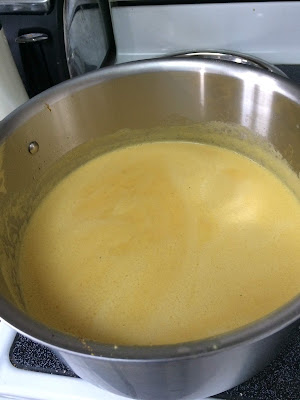 The last thing I did was to make the filling for the beef and cheese ravioli. I will make them either tonight or tomorrow. 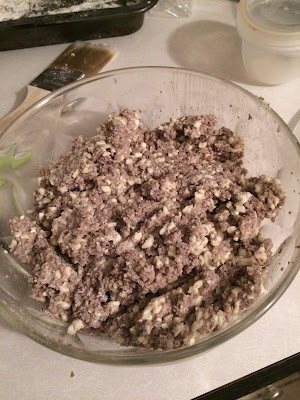 I spent a couple hours on Sunday loading up the car with file boxes of stuff I needed to take to my new office. I had 8 boxes with two of them being office supplies that were left over the school project I was on. I am trying to get all the work stuff out of my garage although I had to bring my four drawer file cabinet, small fridge, and microwave to store. Here is a picture of my work space right now. I will probably be moving again into a cubical once the intern leaves. This is a small conference room. 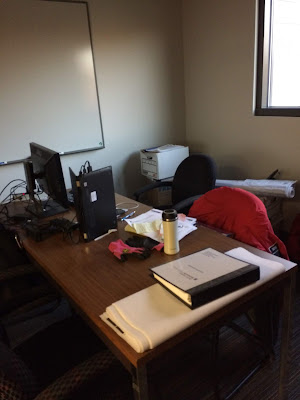 I hadn't posted a picture of the MRI room lately. Here they have started putting on the last layer which is drywall. For all the plumbing, heating, and electrical, everything had to be attached to the framing as no one was allowed to pierce the copper. They had special clips that attached the wood framing to the copper. Since this picture was taken the floor was installed and well as the cabinets. The magnet is being delivered today; darn I will miss seeing that. 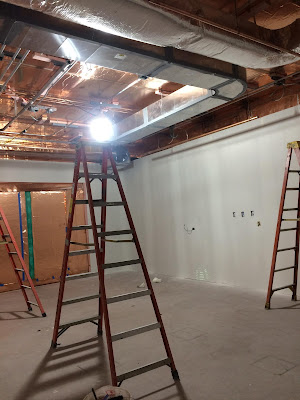 The T-shirt quilt has a nice variety of colors.
You got a lot of cooking done. It always works better to do a lot at once instead of little batches here and there.

Made me hungry! Tammy is making that sauce after the graduation tomorrow. Hopefully we can stay and not have to ru off to the funerals