Time to catch up

I was not in the mood to post yesterday so today's post will be kind of long.


I got pictures of the two cute tote bags I made the other day. 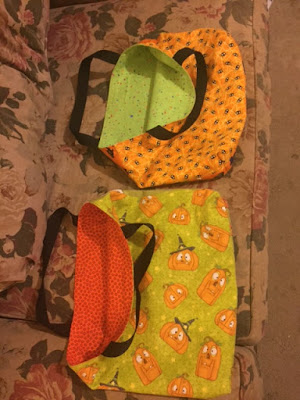 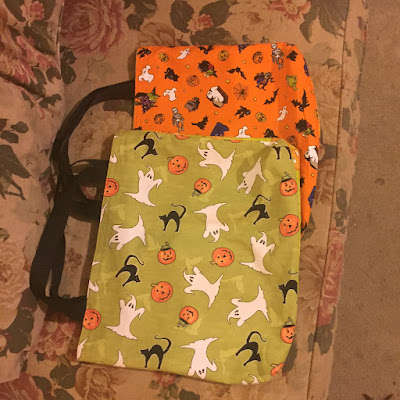 I got the binding on the linen quilt and have started hand stitching it on. 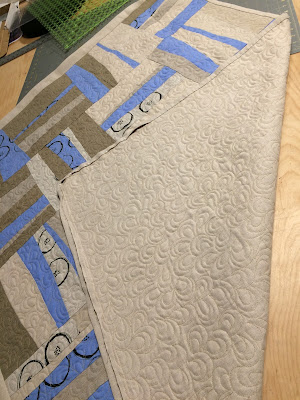 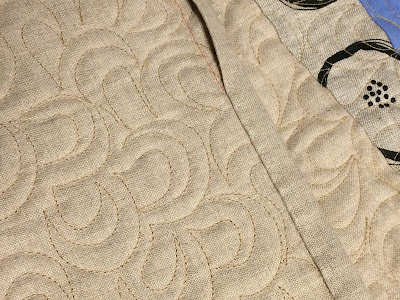 I went over to my brother's house for dinner last evening and to visit with another brother who was in town. I had taken my R.E.M. piece over so he could see it in person. He thought I had done a great job on it and reminisced as he looked at the shirts. While I was there my SIL gave me new t-shirts to wear for my job at the merchandise booth. Since we sold out all the shirts in September, Michael had to order more. The blue has a design on one side and the black one has a designed on both sides. We have a gig on Sunday so I need to be wearing the new design. 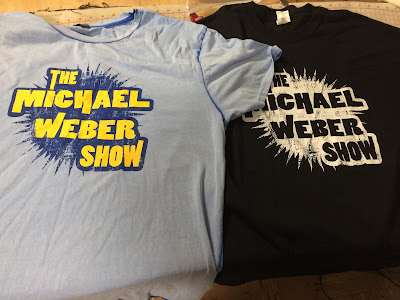 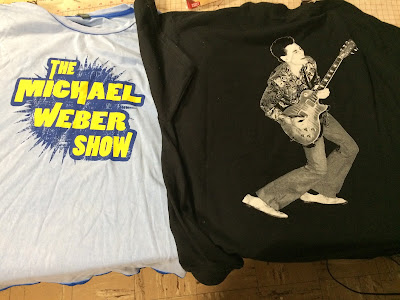 My brother who was in town had asked me at least 5 years ago to make a wool quilt for his bunk on the bus when he travels with different bands. For the last four years he would fly to each show, but the fellow he is with now will be using buses. After looking and looking, I finally found the top I had started years ago and is on my UFO list. The majority of the wool is lightweight men's suiting samples. I had taken the sample books apart and washed the pieces. The blocks finish at 7". Here is the top so far 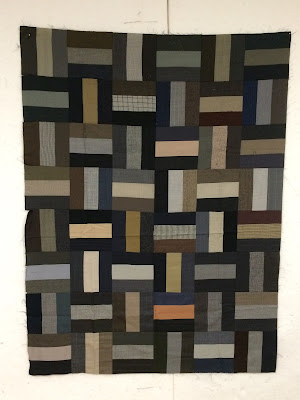 He finally told me what size to make so now I have to get this done. I hope to get to go to the show in Toledo on November 3 and I can then hand it over to him. I found the wool bat and the backing which is an old wool hospital military blanket. We didn't have much money growing up and my grandfather, who worked as a civilian at the Great Lakes Naval Base, would bring up discarded blankets - the green ones as well as the white ones that were used in the hospital. Of course over the years the blanket is no longer white and it has a hole or two in it , but it is very sentimental to my brother and now it will have a use. I also saved a couple pairs of our Dad's wool pants when we were cleaning out his home after he died two and a half years ago. I wanted to incorporate some of that wool in this quilt. I will be using that wool for the binding. So I will be dropping everything to get this quilt done in the next 21 days. 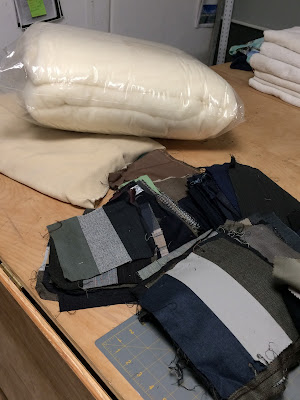 I made a batch of cookie dough before I went over to my brother's and put it in the fridge. I was up early and baked the cookies this morning for the guys at work. We have a big day today on site and I thought this would help give them a bit of a boost. They taste really good if I say so myself! 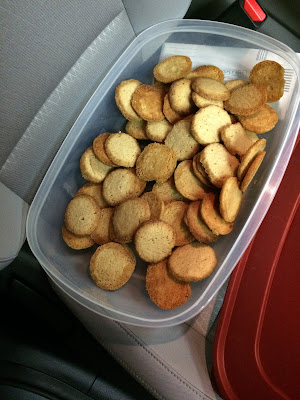 This morning we have some visitors to the site - Canada goose. There must be at least 20 of them. You can also see the slight bit of green which means the grass seed they planted last Thursday is growing! 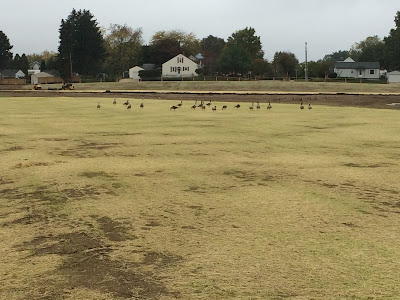 That quilt for your brother is going to be perfect! Functional, yet sentimental. Those are my favorite types of quilts.

That will be an incredible quilt! I am so glad you are using those wonderful old blankets and your dad's things. Love those tote bags!

I'm glad your brother finally gave you a size for the quilt and that you had one already started. That quilt sounds like it will be as warm as he needs.

A quilt in 21 days - that's mad! I love what you have already though and it will certainly be warm. When I started out I used army blankets instead of wadding (cheap, warm,easy to get) and they are still the best ever when it gets really cold.