Yesterday I had to drive 75 mile to meet with someone. I stopped at a town on the way back and my brake light came on. I didn't know what that meant so I called the dealership. I was not comfortable trying to drive 50 miles on the interstate and thru two towns so I had baby towed. I had the nicest tow driver! He called and said he had to drop off a car, then he would pick me up, we would have to stop and get gas, and on the way to drop my car off we had to stop and unlock a car. I said "well, why don't we just stop for ice cream while we are at it?" He said he liked the way I was thinking. He hadn't had any lunch and was hungry. I said let's stop at the Dairy Queen in the town where the locked car was and he could get a sandwich. He said that sounded good to him! By this time I had just given up my schedule for the day and decided to just go with the flow. 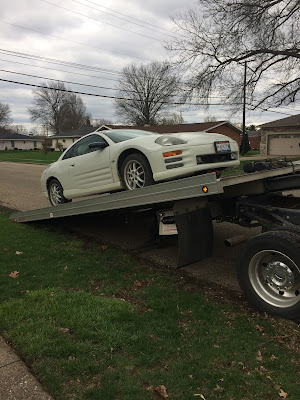 After we dropped off my car the dealership took me to work - it's was about 4:30 by then. I checked my email and locked everything up and walked home. The car is ready this morning - all fixed. When they bleed the brake lines to change the fluid one of the plugs was not seated correctly and was leaking. I probably could have made it home, but I wasn't taking any chances!

I finally got home about 5:30 and I was beat. I decided to at least quilt on the doll quilt a bit. I know it is hard to see the stitches, but I made some nice progress. 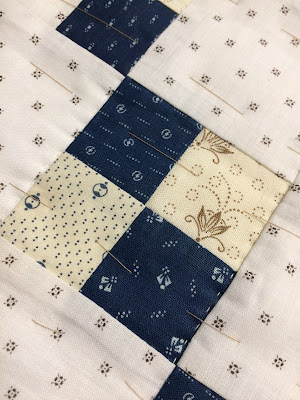 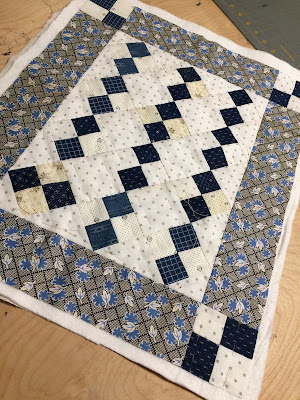 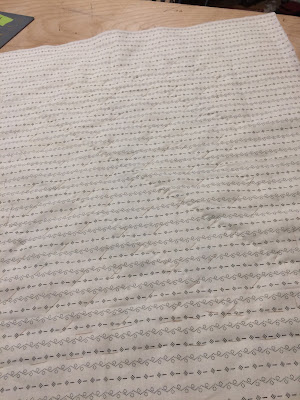 You turned a mishap into a fun adventure. That's not a bad day!

I wouldn't have driven on either. At least you got an ice-cream and a good story out of your day.