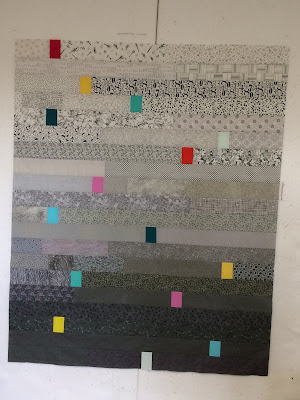 I got the binding made for the four tops I had planned on sending to Vicki. 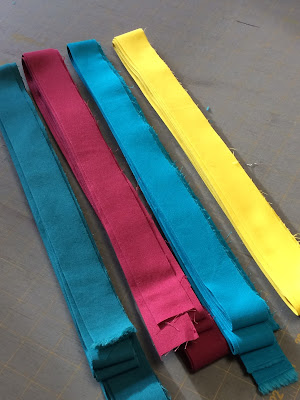 I got started on the fourth top. I think this one will need the turquoise binding. The two triangle sections had been sewn together over a year ago so I just added scraps to make it the size I needed. 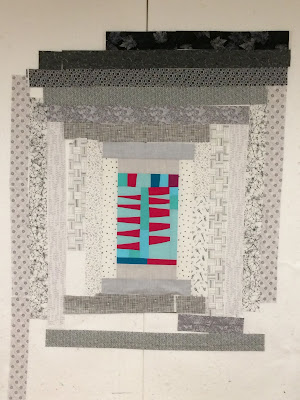 Saturday it was warm - like 60 degrees out - so I decided it was time to move the cora bells from the front garden someplace else. They really don't like it in this front bed because it is in full sun and the cora bells prefer some shade. I dug them up 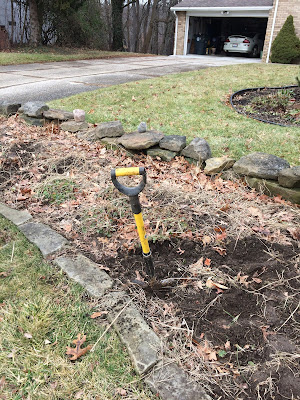 and I decided to move them to beside the garage. It was a messy job because the ground is clay. 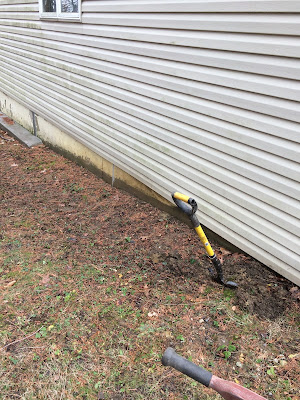 Here they are all replanted. I know they will be happier here as this area never gets direct sun. 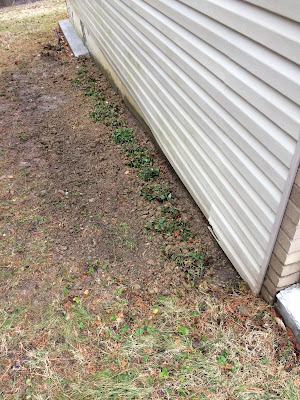 I also put some of the plants under the deck. I had a lot of babies that fell off the big plants so if they survive I will have plants to share! 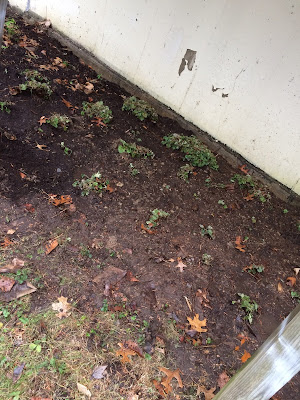 I then covered up the front bed with black plastic to kill the weed seeds over the next couple of months until I replant this bed. I did cut the plastic around the daylily so it wouldn't get killed. I think I will plant coneflowers here because they are perennials and the deer don't' eat them. 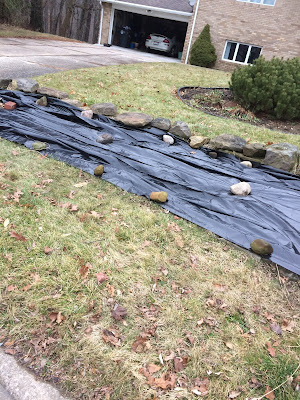 Very excited about the quilts!

You have been one busy lady! I can't believe you can actually dig in dirt. Everything is covered in snow and ice over here!