Working in the dark

It was so nice last evening it was another opportunity to get a few outside jobs done before the bad weather sets in. First thing was to put the cap on the downspout underground pipe. Here is the before 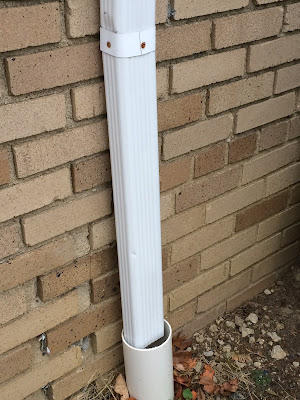 Of course I had to find the drill which didn't take too long. I had bought screws and a bit, but then I couldn't find the bit. I have an cordless screwdriver so I looked in that box and found a bit that would work. I also found a can of white flat spray paint so now I had all I needed to do this job that has needed to be done FOR TWO YEARS! Here it is completed! YEAH! 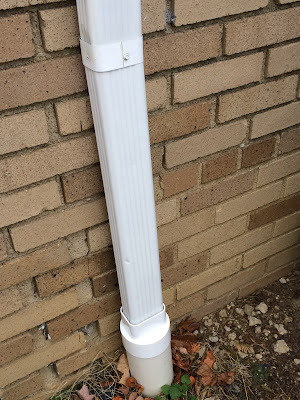 Next was caulking. I have a poured foundation and there are several small cracks. I had dug down to expose this crack, but had just never got around to caulking it for TWO YEARS! What is wrong with me?! I had to dig out a bit more so here is the before 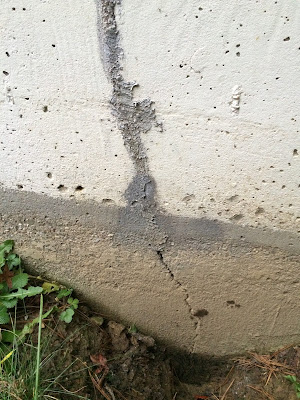 Here it is all caulked 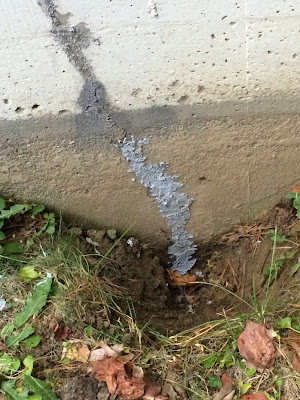 I filled in the hole and regraded the area. I still need a bit more dirt. As you can see by the picture it was getting dark outside. 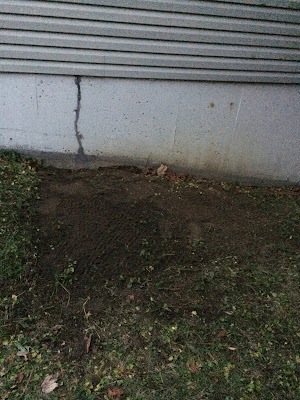 Since I had the cement caulk tube open I went over to the opposite side of the house to the garage and repaired a slight opening where the concrete patch from repairing the garage two years ago had shrunk. I didn't want water to get in there and freeze. All fixed! I had a couple other places I wanted to fix, but it was too dark at 5:20! 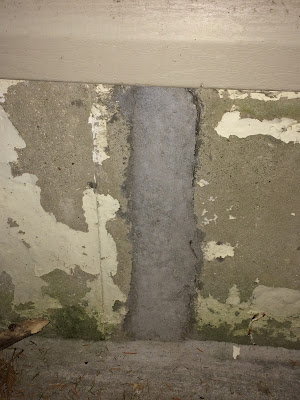 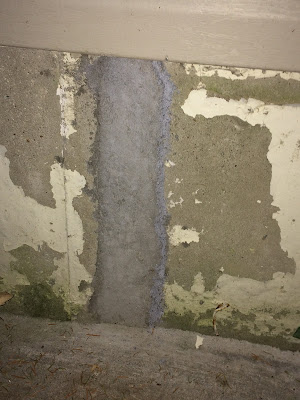 Next job was to prep the bottom of the driveway for patching. Since there is a street light beside my driveway I was able to see. When I had the garage floor replaced two years ago, the contractors dump truck added to the cracks. I want to patch it and hopefully help it from getting worse for awhile. I had sweep the loose debris and dug out the grass/weeds that were in the joint by the curb. 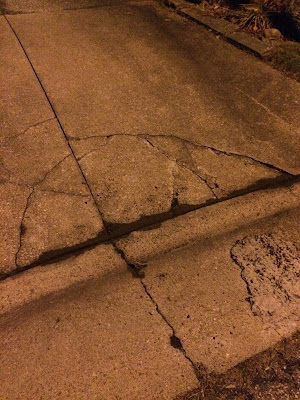 I needed to get rid of the dirt where the grass/weeds were so I drug out the hose which is at the back of the house. It was pitch black by now and as I walked to the back yard I heard over my head this blood curdling scream from an owl. It scared the heck out of me! I went ahead and got the hose and washed all the dirt and loose rocks away so they area could dry out and be clean for patching today. 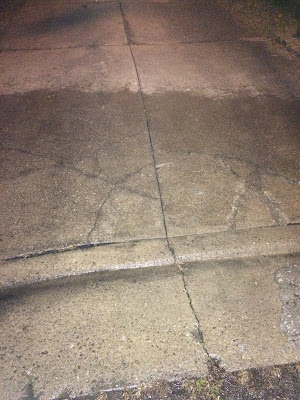 I put my tools away and was done around 6 p.m. I got a bite to eat and then was absolutely paralytic or in other words too darn tired to do anything else.
Posted by patty a. at Tuesday, November 29, 2016

There will be less of these warm spells in the future so you really got a lot in last night. We had quite a bit of rain yesterday so I will probably just empty pots on our last warm day.

We have a number of owls in the trees overhead. At night, in the safety of the house we think they are wonderful, calling back and forth to each other. But in the tin can camper, it is not so cute.

And Chloe answers the coyotes! Really, Chloe? Running away and joining the circus is not all that fun!