After work I needed to cook food for meals for the next couple of days. I had a package of chicken breasts that needed cooked so I decided to make a pot of Spanish rice and throw in the chicken. I had made some Spanish rice the other day and with the addition of some of this 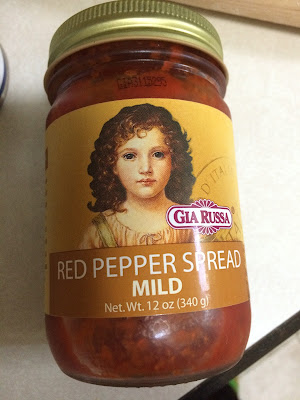 it kicked the flavor up to downright tasty! I had never bought this before, but now I need to go and buy more! I also made hummus yesterday and added this red pepper sauce. It is good stuff! It does come in hotter versions, but I don't really like hot food. I like spicy, but not hot spicy.

I then headed to the studio to sew and then cut strip units. I ended up with units for 27 more blocks. 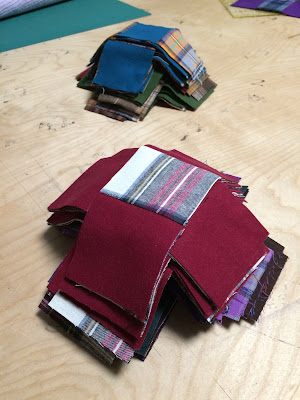 Here are the strips I have left. 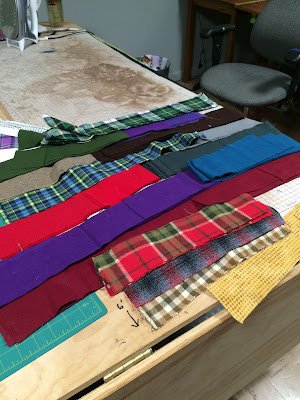 I will be back at it again tonight turning those strips into units. I figure I will sewing them into blocks this weekend.
Posted by patty a. at Thursday, September 08, 2016

Your AC/DC quilt looks amazing hung up! So glad that you made the deadline, it was worth all the work to have this incredible piece where people can enjoy it too.