What a crazy busy week - and it's not over!

No sewing has happened this week. Wednesday was modern quilt group - seven members showed. We had a long discussion about dyeing fabric which some members are coming to my house in August for a dyeing session. The topic of the evening was how you got started quilting and how has your tastes changed and what influenced those changes. We met for 2 and 40 minutes hours which normally we meet for 2 hours. I was too tired to take any pictures so here is a picture of the rain we had Tuesday. The white arrow is pointing to the area where I live. 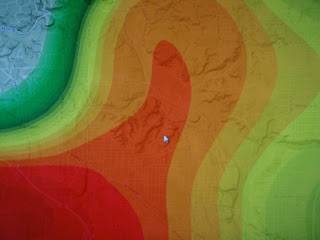 Last evening I worked at the museum. The weather is so much cooler than last week's 90+ degrees. It was only in the high 60's. They had a very popular band and with the beautiful weather the crowd showed up! It was packed. 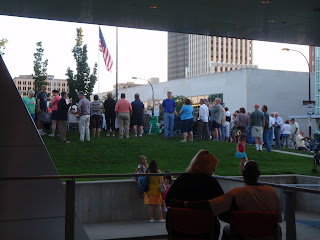 With the large crowd we were busy selling drinks to go along with the fantastic smelling pulled pork that one of the local restaurants was selling outside next to us. Here are the 96 gallon recycle bins loaded with empty beer bottles - now that is a lot of beer! 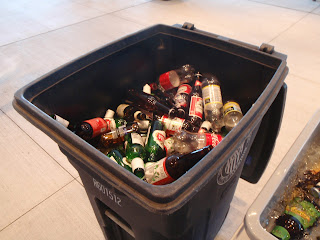 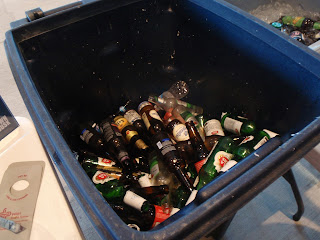 I have a bunch of errands to run today and tomorrow I will be spending some long hours with the band. The Michael Weber Show is the headlining at the Streetsboro Family Fun Days. I will be running the merchandise booth. The band doesn't go on until 8:30 p.m. so it will be a late night for me. 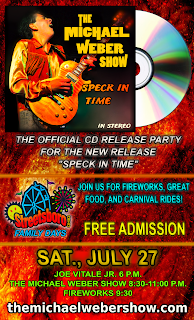 Maybe Sunday I will have time to get back to quilting the Halloween quilt.