Saturday was the big show. I left the house at noon to head over to my brother's place. It was sprinkling when we got to Streetsboro and the ground was soggy. Mike got the SUV and trailer parked so it was time to unload the equipment. My brother is in the trailer with the green jacket. 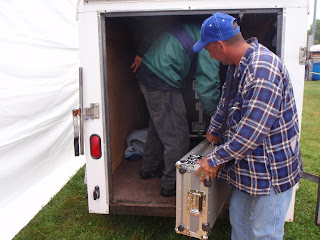 Some of the equipment lined up in the tent backstage 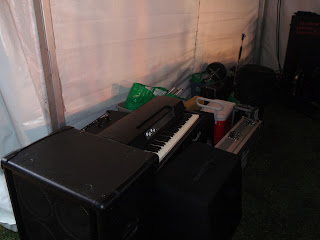 There was another band playing as we unloaded. The crowd was sparse. 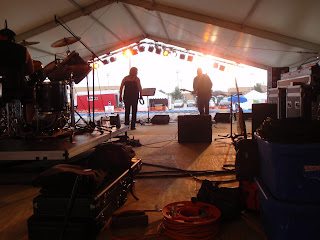 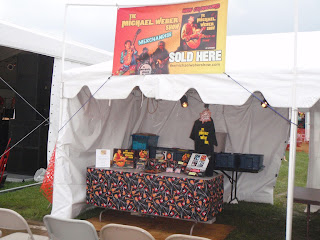 The mud and standing water in the merchandise tent - this was before the huge downpour that happened a couple of hours later. 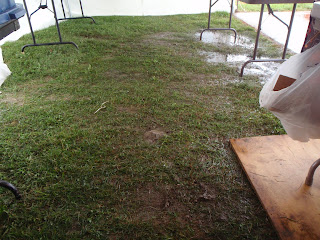 The guys scrounged up some more plywood 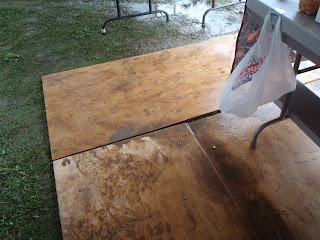 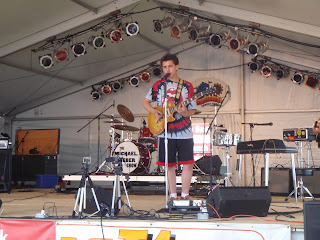 Joe Vitale Jr played before Michael. Joe's dad is a drummer and played with many rock legends - Eagles and Peter Frampton 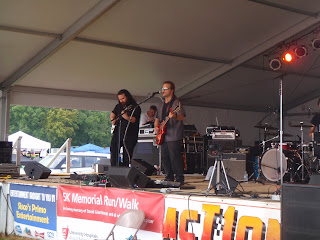 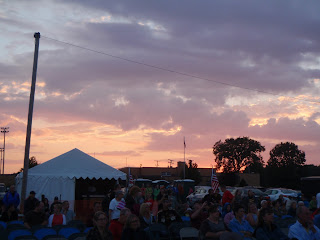 Michael played two sets - doing one song with Joe, and then there were fireworks. 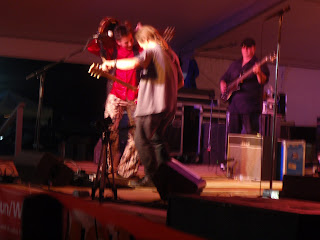 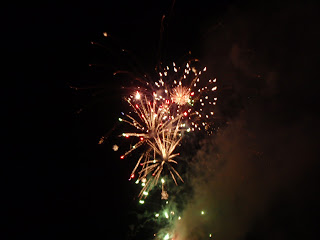 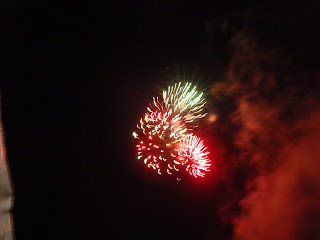 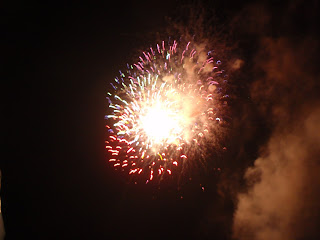 I got home at 1 a.m. I was wet, muddy, and tired! Sunday I just puttered around - I was just too tired to do much. In the late afternoon I saw a hawk sitting on my rotten deck railing looking for some supper. This is the first time I ever saw a hawk sitting on my deck. I once had a owl sit on the railing several years ago. I seems to be a good lookout point! 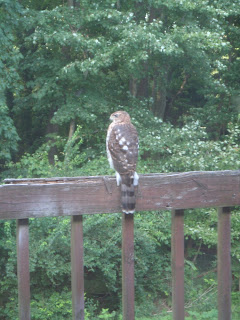 Sounds like a fun weekend! The hawk is beautiful.

What a beautiful hawk! We get them in the woods in the back of our house, but sometimes they come to eat the small birds or a squirrel or two. I wish they would eat more squirrels.

Frank was in MS this last week and they were looking at a compressor station that had the pump inside a building. When they went in there to look, they saw a huge wide eyed white owl. And pigeon feathers all around him.

I have been in booths at the Dog Parade in standing water like that. Not fun.

I have had a hawk just a few feet from the back of my house once too. It is pretty neat how they sit patiently waiting.....