The weekend, won a giveaway

I went for a walk yesterday and had to take a couple of pictures of the high/middle school in the area that is going to be torn down and replaced. The windows were removed during abatement (there was asbestos in the caulk) and the demo contractor is has his fence up for that starting of demo this week. We have the first budget meeting tomorrow and it could be a long one. Right now it is over budget. 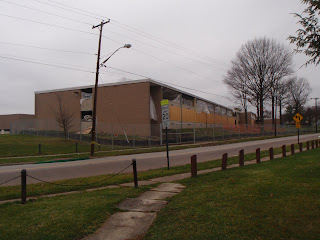 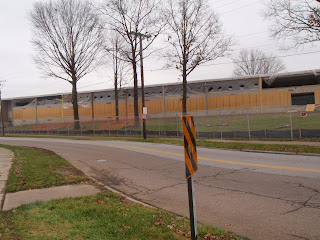 I almost have the flannel quilt done. I only have 3 feet of binding to finish the hand stitching. I was just too tired to stay up late and get it done. I spent over an hour on the phone with my sister who lives in Georgia and so I ran out of time to finish the binding. I will get it done after work and post a picture of the completed quilt tomorrow. 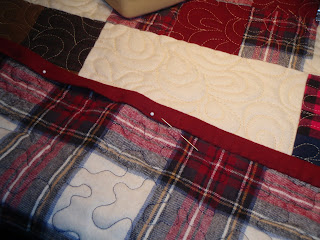 I had to plant the hens and chicks and the piece of succulent that the one of the bell boys gave me in Californina. The chicks and hens came from the flower arrangements. I couldn't find succulent or cactus potting mix so I had to use regular potting mix. I just have to keep them alive until xmas so that I can give one pot to my sister and one to my dad. 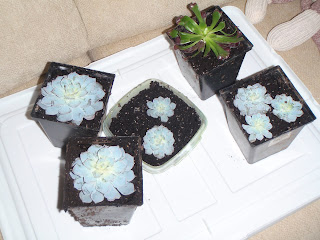 I did go down to the tow path last week and walked on Thursday - Friday it poured down rain. I wanted to see if there were any changes and there were!
Gravel was added to the sides of the new asphalt 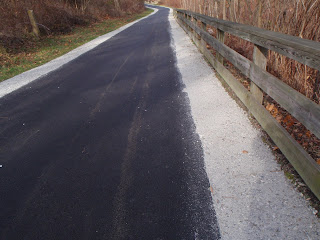 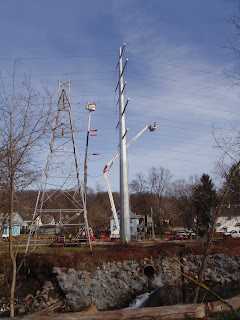 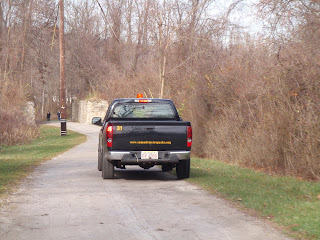 The sticks were installed for plowing 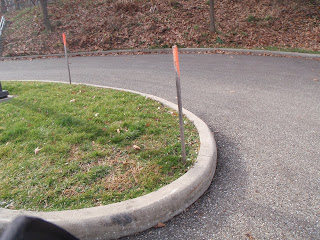 I won a giveaway last week from Daisy Jane. I will have fun using all the fabric and notions. 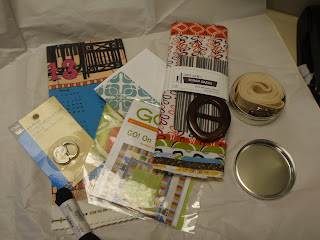