I took a little bit of time off work yesterday to do some things around the house. Number one on the list was the straighten out the garage. I had took home a lot of stuff from the trailer so I would have it for the next job I get assigned to, but since I had been sick with that cold I just dumped it in the garage. I could hardly get my car in so it was time to spend the time to clean it up. I got it about half done which I thought was pretty good. I tossed out some stuff and did a lot of reorganizing. I have wire shelving on the back wall of the garage and the top row contained boxes and boxes of my son's baseball cards. I didn't want to be one of those Mothers that threw out her kids cards so I have been hanging on to them, but now my son will be moving into a house and it is time to hand them over. I took all the boxes down and then put all the boxes of offices supplies in their place. Here is the right side of the garage before and after. It was hard to get a good before picture with the sun shining in. I think this side looks much better! 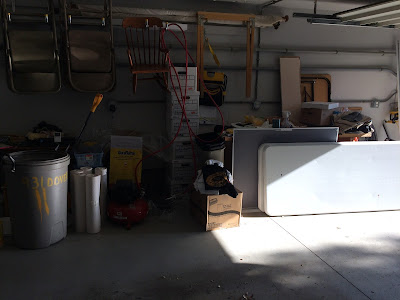 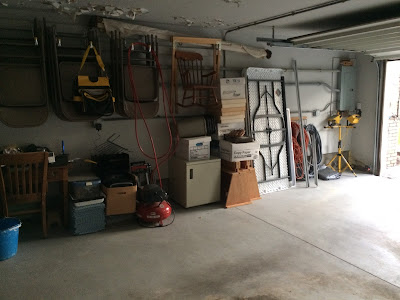 The other side of the garage is still quite a mess. I did get some things move out, but there are boxes of stuff that I have for the Habitat Resale store. I did have to move some stuff so I could get the mower out. 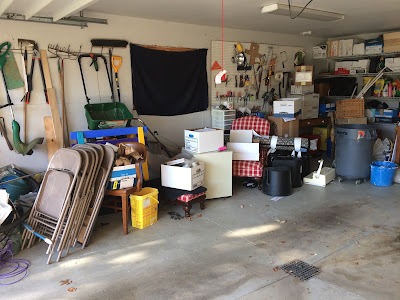 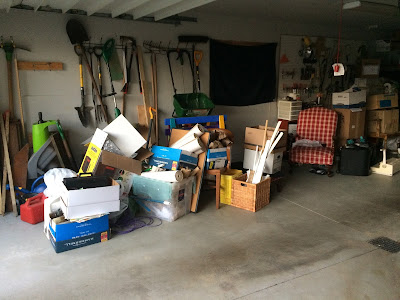 I had started all of this at 2:10 and by 5 it was starting to get dark and I wanted to get the front mowed. After mowing and talking to my new neighbor I finally went inside at 5:45. I will attempt to get the rest of the garage cleaned up in the next two days so I can call the Habitat truck to come and pick up my donations.

I did get a few more pieces added to the herringbone quilt. 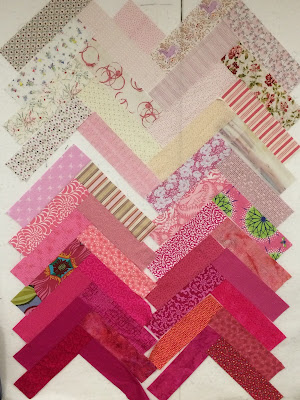 This is the time of year to get that garage cleaned out. I need to do mine too. I want to re pot some cacti and I can't even get to the table I do that on.

Are you liking your car any better?

Check with your Habitat store but ours is having an art auction. Everyone gets a $25 voucher to buy stuff in the stores. We have two here. You are required to use at least one thing in your art piece. they auction it off and raise funds for Habitat. I requested my voucher this week and can't wait to go shopping!

I can't get a car into my garage at all! Maybe I should take a leaf out of your book.