As soon as I got to the house after work I got to quilting. I finished the machine quilting for The Clash, Green Day, and Springsteen shirts. I even got a bit of the Metallica shirt quilted. I will be adding some handwork to each of this shirts. 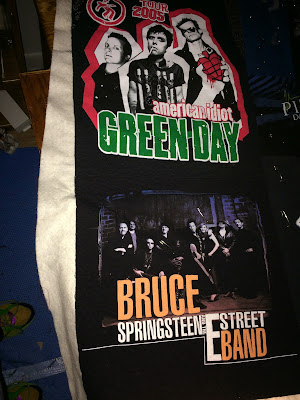 For the Springsteen shirt I quilted around the lettering and it looks pretty cool on the back. 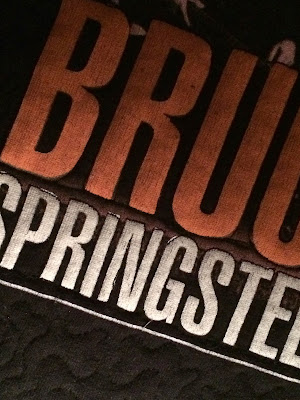 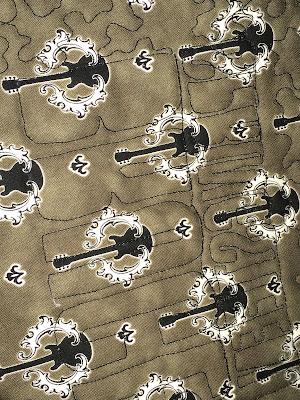 I also started the hand stitching on the Stones shirt. It doesn't jump out at you, but it will hold this section of the shirt down. 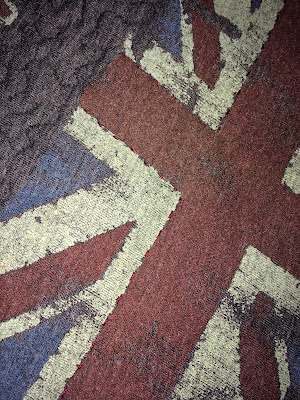 Four of us met at quilt group and it was all about catching up and show and tell. Joanna brought a book borrowed from the library Modern Rainbow. She decided she was not interested in making another quilt using a rainbow inspired color scheme as she had already done that several years ago. Joanna brought her rainbow piece and it was lovely! 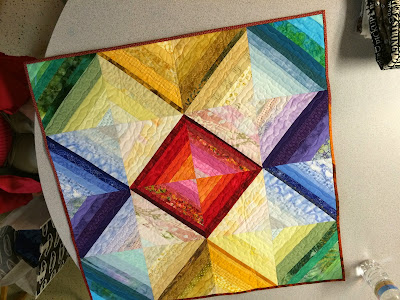 Joanna also brought this challenge piece she made with her husband's shirts. She was restricted to a small size and I think it is fabulous. Can you read what it says? Make Do. She even used the placket from the shirt with the buttons and a label from one of the shirts. 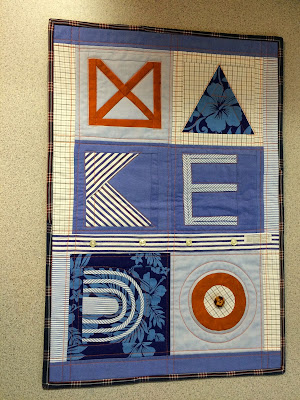 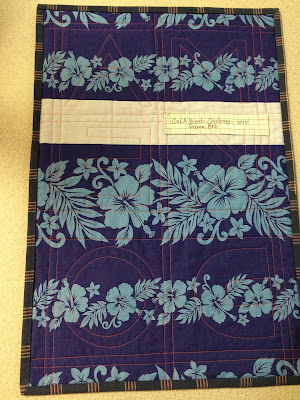 And then there was this piece she called Spring. Since we had such a long cold winter Joanna made this to try and shake off the cold and mentally get ready for spring. What a fun piece! 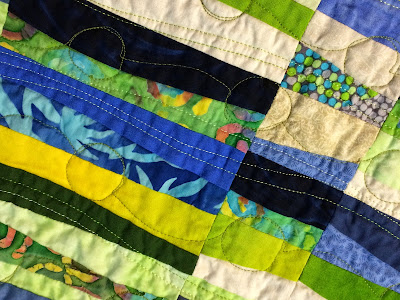 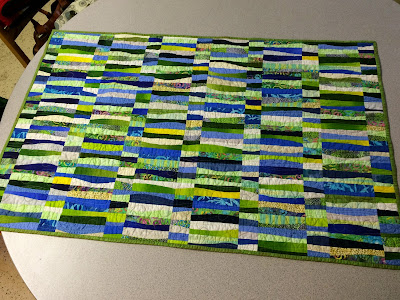 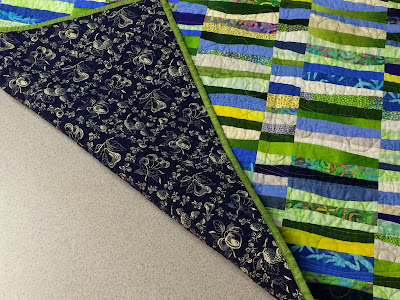 Stephanie finished her light saber quilt. I had posted when she had come over to my house to pin baste it. It turned out great and the backing is so fun! Stephanie designed the handles for the sabers and each one is different. 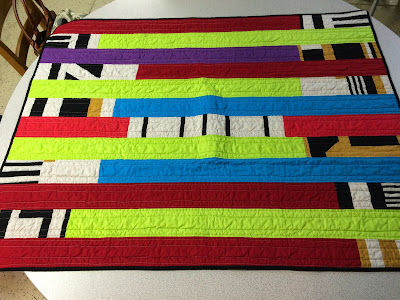 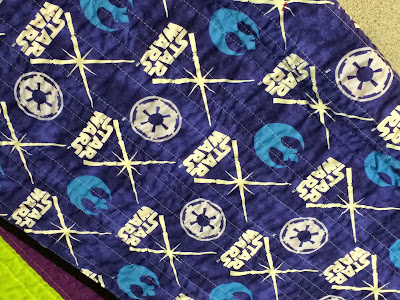 I brought my t-shirt quilt to show and June told us about her month long vacation to an island off the coast of Georgia. It was a fine meeting!
Posted by patty a. at Thursday, May 14, 2015

I really like the effect of quilting around the letters. You have such a nice quilt group!

What fabulous eye candy from your meeting!! I just love the Make Do quilt! So clever :)